– The Norwegian Association of Disabled (NAD)

The Norwegian Association of Disabled (NAD)

We believe that it is not so difficult to create an inclusive society where people with disabilities have the same opportunities as others. But this society won’t happen by itself. Some have to envision it and be willing to work towards it. NAD has worked to promote the rights of people with disabilities for more than 80 years. During the first years, the work was mostly about charity to needy “crippled”, which was the word used in those days. Today we can proudly say that we have contributed to the fact that Norway has a law prohibiting discrimination against people with disabilities, a law which states that when a wheelchair user is unable to access a public building, it is an act of discrimination. We also played a major role in establishing the premises for another achievement, the right to user-controlled personal assistance. These are only a couple of examples of the changes that our efforts have resulted in.

NAD is the spokesman for people with disabilities in Norway. We are in close communication with politicians and the authorities, both at national and local level. We are first and foremost an advocacy organization, but we also aim to take care of our members through providing services such as accessible cottages and information materials. We have local branches and a network of volunteers who offer peer counseling support and advice for those in difficult situations. 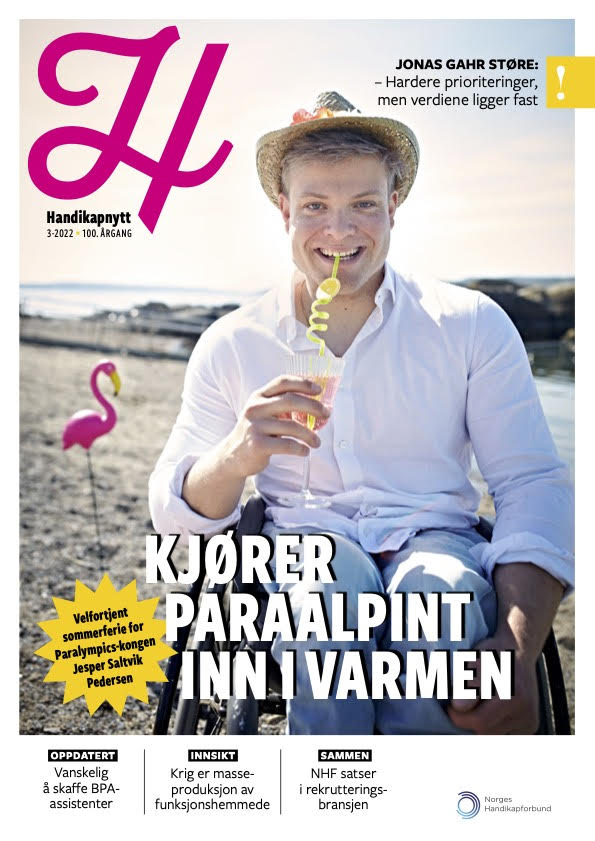